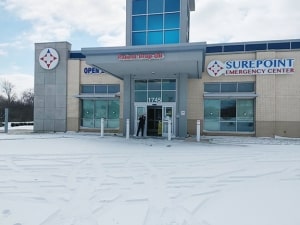 Freestanding ER’s play an important role in the fabric of emergency medicine in the state of Texas and other states that have opened their borders to freestanding ERs. The recent ice storm in February 2021 was a major blow to the state of Texas and left many in the state without water, power, and other basic needs. Texans in some cases found themselves cut off from the basic necessities that they were accustomed to and in one extraordinary case, Padre Island, no means in which to get off the island as the only bridge was closed for nearly 48 hours. 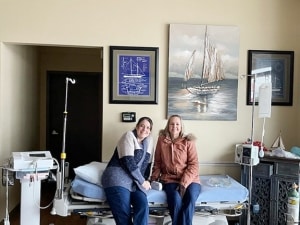 When nurse manager, Lianne Bowman, sensed that an emergency plan was needed for the Padre Island Surepoint Emergency Center she reached out to local first responders as well as the Coast Guard to start formulating a plan. If the bridge closed ambulances would not be able to transport patients to the hospitals for treatment. This left a dire need for a contingency plan as to what could be done for those patients in life-threatening conditions who needed emergency medical care immediately. Surepoint ER is equipped to handle almost every type of medical emergency imaginable but there are limits to this as some patients need specialty care or longer-term care than what a freestanding ER provides. In these extreme cases, we are able to stabilize the patient and arrange transport to a higher level of care, this is beneficial to the patient as they receive in many cases life-saving intervention when it is needed most. Time in an emergency is one of the biggest enemies, freestanding ERs reduce this waiting time to mere minutes. Bowman and the first responder team reached an agreement where the two local fire and EMS groups would transport patients to the facility and the facility would be the defacto hospital for the island while the bridge was closed. For any critical patients, Surepoint ER arranged with the United States Coast Guard and HALO-Flight in partnership with Republic EMS, a local private EMS provider, to transport patients to the appropriate hospital facility for further care. A total of five medevac flights were flown out of the Padre Island facility in a 36 hour period for conditions ranging from a stroke, a spinal cord injury to third-degree burns from a patient suffering carbon monoxide poisoning who fell unconscious onto a running generator. Through it all, we never closed. Teams rotated in and out over the course of 4 days while the storm gripped the state. Because of a good plan ahead of time the staff was able to save lives and be a rescue beacon to Padre Island during a dark and cold time. 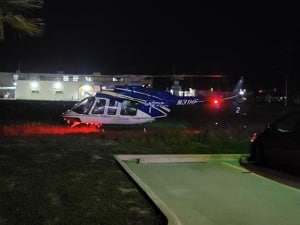 Surepoint Emergency Centers has 14 locations in Texas, 12 in the Dallas/Fort Worth area, and two in Corpus Christi. The storm did not discriminate, we lost power in some facilities having to rely then on emergency backup generators, some facilities lost their water service for periods of time, and nearly all lost telephone and internet services. Through all of this, we never closed. At times we had to pivot to simply being first aid stations as we lost power completely in some areas for a time, even still we never closed. We are here to serve our community, doctors, nurses, radiology technologists, registration, and even corporate office staff all came together to keep the doors open when it would have just been easier to close until the storm blew over. Plans were made ahead of time and hotels, meals, and transportation was arranged so that we could respond when it became difficult. The staff worked hard seeing over 600 patients over the 14 locations the week of the storm. We are health care workers, it’s what we do. We were proud to serve our communities. We are all in this together.