America and the Royal Family Obsession

America and the Royal Family Obsession

Almost 250 years ago, Americans rounded up their muskets and went to war with the greatest superpower in the world, eventually routing the English and throwing out their rule and their king.

But just because we tossed the monarchy out of our government. Doesn’t mean Americans aren’t still fascinated with the royal family.

We watch what they wear, where they go, when they get married, when they have kids and when they die. We know the names of their children, the in-laws and even what kind of dog Queen Elizabeth prefers (Corgis rule in Buckingham Palace) 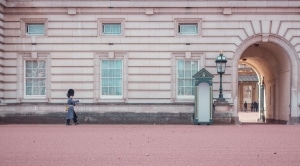 American patriots despised King George (did you see “Hamilton?”), but when Catherine Middleton gave birth to the newest heir apparent Prince George in 2013. Many Americans are riveted by news and even place bets on what he would be named. Middleton and her husband, Prince William, have continued to produce news, and heirs while managing to stay relatively controversy-free.

Not so with the newest branch of royal Brits, who have generated news and controversy. When American actress Meghan Markle married Prince Harry in 2018. Which at the time the most popular member of the British royal family. Even people who hadn’t paid attention to the Mountbatten-Windsors took an interest. Which drew an estimated 29 million U.S. viewers to their TVs to watch the nuptials.

The Duke and Duchess of Sussex, Prince Harry, and Markle’s new titles, have been in the news from the birth of baby Archie, who arrived in 2019. Then ditching the whole royal business and moving to the United States this year and “not contributing” to a tell-all book about their royal woes this summer.

So why do we watch it? America went to a lot of trouble NOT to have a royal family. So why do we?

Escapism, say some psychiatrists, citing princes and princesses in fairy tales. When the news cycle focuses on unemployment, a worldwide virus, and rioting. It can be rather nice to see pictures and videos of happy youngsters singing in support of their country’s healthcare workers as Princes George and Louis and Princess Charlotte have done.

Others point to the direct link to history. Queen Elizabeth II, the reigning British monarch, is the great-great-granddaughter of Queen Victoria (as is her husband Prince Phillip), and people have been watching members of 37 generations of her family for more than 12 centuries. 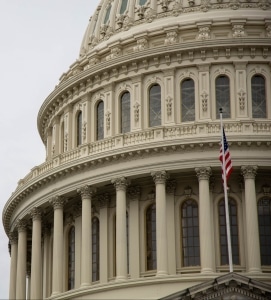 While the British royal family doesn’t have nearly as much power as it once did, they are still considered important enough to be financed by their government, which makes them rich and famous and even more fun to watch. They also can change the world, from then Princess Elizabeth rallying British spirits by serving in the armed forces during World War II to Princess Diana campaigning against land mines and shaking hands with an AIDS patient.

Even more, while the president of the United States changes every four to eight years, Queen Elizabeth II has ruled since February 1952 when Harry S. Truman was the President. While Americans loved watching what Jackie Kennedy wore, the Johnson and Nixon daughters get married, Nancy Reagan’s high-profile parties and the Bushes’ pups, presidents and their families generally leave the spotlight after they leave the office.

When you’re part of the royal family, you’re news from before birth until after death. With so much attention on one family, people start to feel like they know them well. Even 23 years after her death, Princess Diana still makes the covers of magazines.

Our top priority is bringing high-quality emergency care, quickly and easily to your family. We are committed to making patients feel better faster in a comforting and compassionate environment.

Efficient and Effective care with a personal touch.